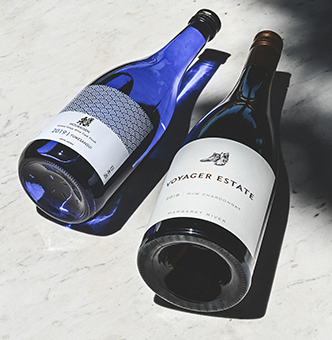 In a celebration of a shared fervour for innovation and craft, Houraisen aged their Sake in an MJW Chardonnay barrel. With only 300 bottles produced, this is truly something special. Elegant and full-bodied with a velvety texture and refreshing acidity and sweetness. Layers of Umami lead to a long, clean finish.

Established in 1864, Houraisen is a 7th generation family-owned brewery in the Prefecture of Aichi, about halfway between Tokyo and Osaka. The brewery and water source are located in cold, mountainous terrain, providing some of the purest, softest water in Japan. Whilst over 150 years old, Houraisen is now considered one of the most modern and innovative Sake producers in Japan. Utilising their own rice strain developed explicitly for their cool climate, Yumesansui, the rice produces an elegant Sake style, high in Umami.

Our MJW Chardonnay is the pinnacle of our winemaking craft and uniquely expressive of our terroir, crafted from the best parcels of hand-picked organically farmed fruit. It is the ultimate expression of Voyager Estate made in honour of our founder, Michael J Wright, a true original. The perfect ripening conditions of 2018 have produced an outstanding expression of this wine. Displaying the purity, minerality and texture of Clone 95, underpinned by the concentrated and tightly woven citrus fruit core of the Gingin clone. 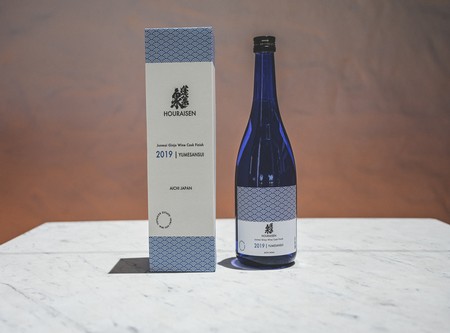 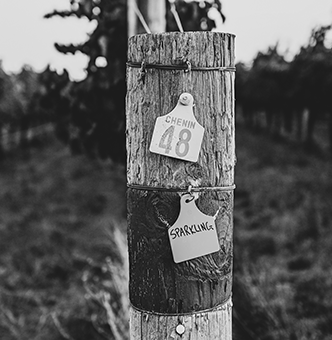 On a slightly cool and crisp morning, the vintage crew hand-picked fantastic looking Chenin Blanc from our certified organic W1 vineyard, destined for our Sparkling Chenin.

“Two of my favourite things about picking this block - firstly, the enormous bunches. It means it’s a really hard and fast pick. Secondly, the incredible landscape. It looks beautiful from the top of the trailer.” - Alex Miller, Technical Viticulturist 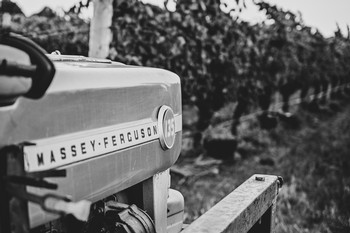 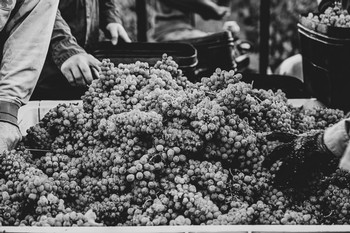 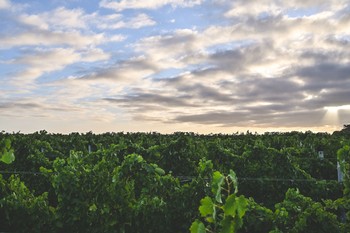 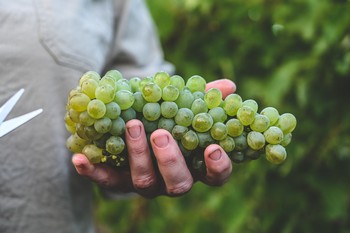 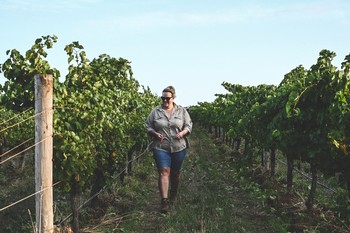 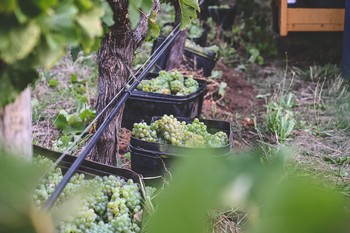 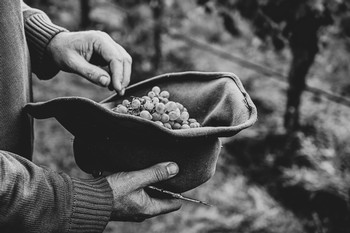 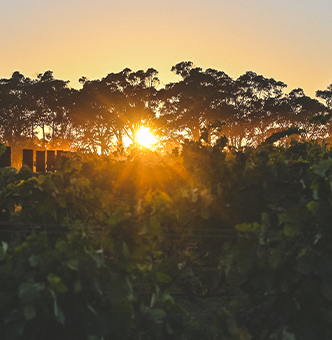 With the completion of Vintage 2021 just on the horizon, we get an update from Steve James, Head of Viticulture and Winemaking.

“The past couple of weeks of glorious weather has seen the team steadily harvesting all of our Shiraz and Merlot fruit. We are very fortunate with the amazing team of people that we’ve been able to recruit to assist us with our grape picking, bird netting and many other harvest related jobs.”

“The team have been handpicking nearly every day, and we’re really excited by the quality of the fruit that we have in the winery. Although our yields have been a bit lighter than expected, this has ensured excellent ripeness in all of our red fruit which has displayed excellent flavour, concentration and tannin ripeness. A very happy team at this stage of proceedings!”

“Yesterday morning we hand harvested some beautiful Cabernet Franc and Malbec which will make its way into our Nouveau Rouge – adding some juiciness, florals and colour intensity to this wine.The nice warm, never-ending summer weather has our Cabernet Sauvignon looking amazing. I anticipate we will keep steadily harvesting our Cabernet grapes over the next week or so and, complete our harvesting sometime over the Easter period.” 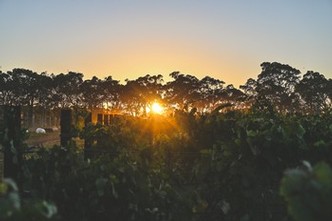 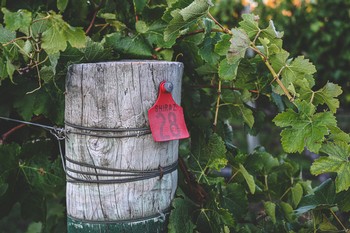 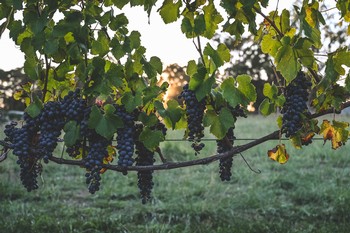 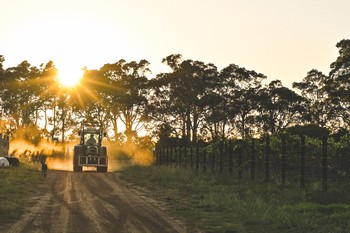 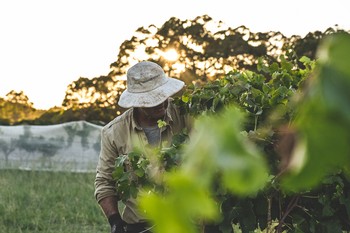 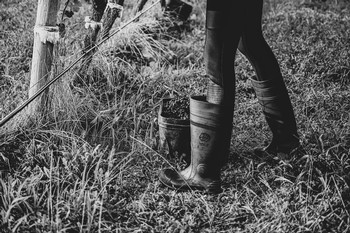 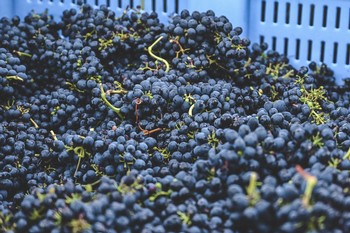 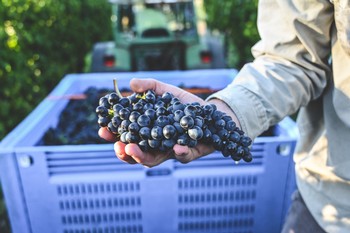 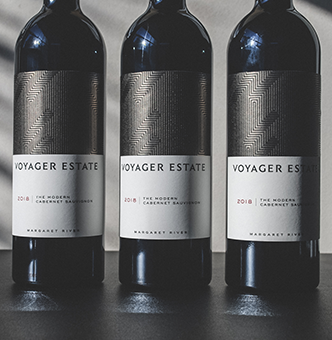 To celebrate the release of The Modern Cabernet Sauvignon, the newest addition to our core range, Head of Viticulture and Winemaking, Steve James, chats to Perth-based wine writer, Erin Larkin, about this key Margaret River varietal, its past and more importantly, its future. 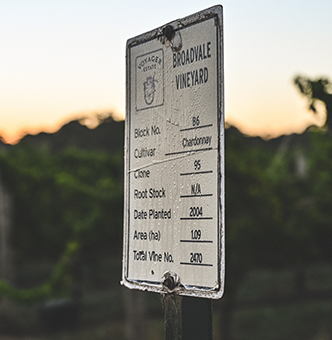 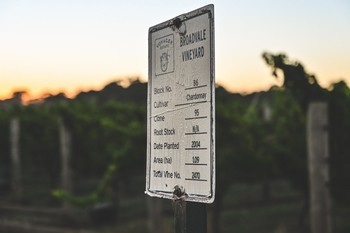 And just like that, Vintage 2021 is underway. These pictures show our hand-pick from certified organic Broadvale Block 6 Chardonnay this morning in beautiful golden light.

'Despite last week's rainfall, the fruit has held up remarkably well and is in pristine condition, displaying bright flavours and still retaining that charactertistic saline mineral edge. The sugar levels are looking slightly lower this season, as the powerful sweet lemon and grapefruit elements we look for are coming in quite early. The forecast ahead looks really nice with a welcome cooling off and some colder nights towards the latter part of the week. Our pesky freinds the Silvereyes seem to have cleared off for a while leaving us with a very enjoyable start to the vintage.' Steve James, Head of Viticulture and Winemaking. 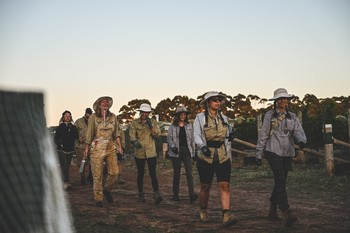 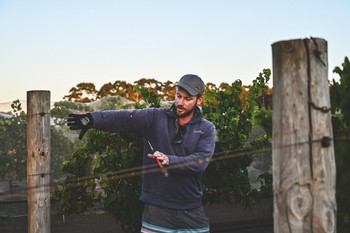 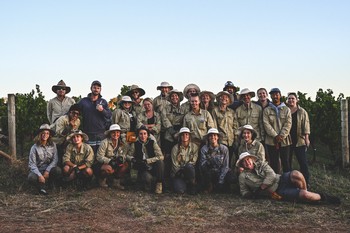 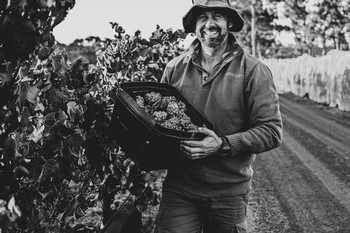 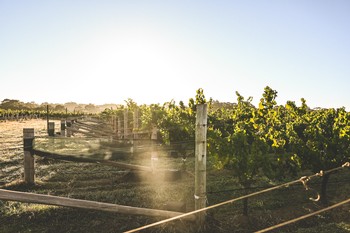 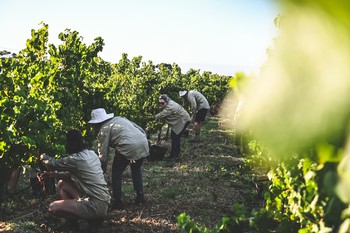